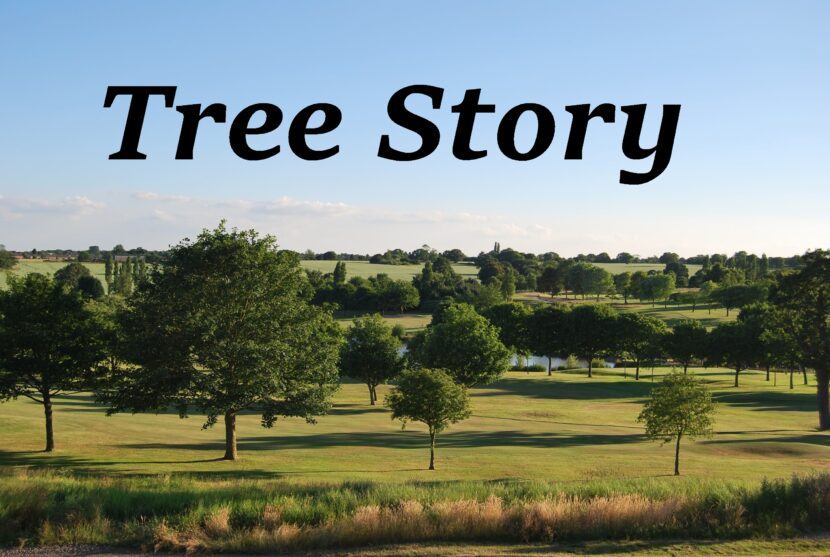 This month we have two  tree stories which are shared by close friends Bahar Veshagh and Olwyn Ditchburn. Olwyn and Bahar spent many years working closely together for Leamington Children’s Centres. Bahar was finance officer for the organisation. She was born and grew up in Iran but now lives in Dunchurch.

Olwyn was the Manager of Leamington Children’s Centres. She was originally a social worker but has spent many years working in the community with families and young children. In 2011 she was awarded an MBE in recognition of the outstanding work the teams she led achieved but is very modest about sharing that information. Olwyn lives in Earlsdon.

Bahar says: I have lived in the Uk for forty-six years. I did return to Iran in my early twenties but because of the revolution we returned to the UK again. So I have only lived in my country of birth for twenty years. Childhood memories have a strange way of returning as you get older, and I remember from my time as a child in Iran there was a village in the north of my country called Elika.  In Elika there was a spinney with lots of beautiful Silver Birch trees.  Memories of this place are very special to me. When I see a lovely Silver Birch in Dunchurch I think of home. The Silver Birch is my favourite tree. It is just beautiful to look at and most effective in capturing pollution particles. When there is a breeze, the leaves make a nice sound. I have wondered if the reason it is called Silver Birch is because the diamond shaped leaves on one side look silver.  The north of Iran is one of the places that silver birch grows naturally. My memory of these trees and Iran is so strong I wanted to share the benefits it offers to the environment.

The Latin name for Silver Birch is Betula Pendula.The Persian name for it Tabrizi. It can reach a height of 30 metres. In Celtic Mythology the Birch symbolised renewal and purification. It provides habitat for more than 3,000 insect species. The leaves are food for Caterpillars and Moths. Woodpeckers often nest in the trunk and seeds are eaten by a variety of birds such as Greenfinches.

Olwyn says: It might look odd but this Acer (see photo) is my favourite tree, planted in my front garden in the summer of 2003. It was given to me as a leaving present when I left a long-standing job in Coventry and is a continuing reminder of the many amazing people I worked with and alongside. The story of my tree in many ways, reflects my time there. When I joined the organisation it was small but colourful . When I left the organisation it had changed and grown, but, deriving strength from its strong community roots it had retained its core value base. This tree reminds me of the importance of strong roots and nurture and of the ability to adapt to changing circumstances. After an attack by hostile forces, my tree has changed in shape but retains its core beauty, bringing memories and magnificent colour to a very small garden at different times of the year.

There are numerous varieties of Acers. They are a genus of trees commonly known as Maples. The purple and red leaved trees require a good amount of sunlight to develop their rich, dark complexion. They like to be planted in a sheltered spot where foliage is protected from midday sun.

Many thanks to Olwyn and Bahar  for sharing their tree stories. They both reflect the important role that trees play in providing us with a sense of wellbeing and belonging.